The best-selling book, in print, for 2011 was actually released in 2010 – and was the best-selling book for the company last year. Guy Graybill’s Prohibition’s Prince continues to sell well, thanks to renewed interest created by it’s sequel – and #2 book of the year Prince and the Paupers. Both books were elevated by very strong demand from independent bookstores in the I-80 corridor – home to the late Prince Farrington and his moonshine empire.

Beagle Tales by Bob Ford and Micro-Distilleries in the US and Canada – 2011 Edition by David Reimer took the next two spots. Both are initial volumes in what we all hope are long-running series.

Sixth place went to James Campbell’s The Holiness of Water, a Christian polemic about the meaning of water to the Christian faith. This was juxtaposed with our seventh best-seller, Messages from Beyond, a new age book by medium Michele Livingston.

The Final Charge, a revisionist Civil War novel by Charles K (Ken) Godfrey was the only fiction book among the top ten print books.

Carolyn Perry’s heart-rending account of staying with her cancer-patient husband in New Orleans during Hurricane Katrina and The Joe’s (Farrell and Farley) first volume of their Keystone Tombstones series about famous people buried in Pennsylvania, rounded out the top ten print books.

Ken Newman’s tongue-in-cheek action-adventure reminiscent of other super hero yarns such as Kill Bill and Hell Boy led all eBook downloads on the strength of strong Kindle sales and a Christmas Day free download promotion.

Bob Wood’s western novel Sage, a yarn about a 19th century half-blood who rises to importance, nabbed #2 in eBooks.

For the second year in a row, Guy Graybill was named Sunbury Press Author of the Year for 2011. Guy took the top two spots in the bestseller rankings with his books about Prince Farrington. 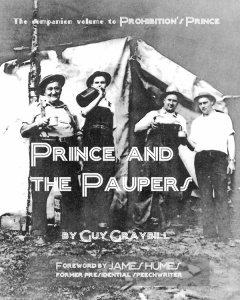 About Prince and the Paupers:

Author and historian Guy Graybill continues the entertaining tale of one of America’s most prolific moonshiners and bootleggers, Prince David Farrington, who plied his trade through the early to mid 20th century. Graybill follows Farrington from his roots in Guilford County, North Carolina to Lycoming County, Pennsylvania, detailing the decades of illicit activity along the way. Farrington amassed a large fortune. His exploits remain legendary to this day. Relive the rollicking life of Prohibition’s Prince, as Graybill presents numerous tales, legends, testimonials, news accounts, and still locations. This volume includes numerous pages of vintage photographs and is indexed.

Prince and the Paupers: The companion volume to Prohibition’s Prince

About  The Final Charge:
It was supposed to be a weekend of fun for Mike and his two friends, Ray and Gordon, at the 150th reenactment of Gettysburg. But when they explore an old barn, they are inadvertently sent back in time to the actual battle of Gettysburg.

Thus begins a nightmarish quest to survive and find a way back to the present. Mike and his friends soon discover they are on the enemy’s
front lines and are rounded up to participate in what will become known as Pickett’s Charge–one of the most disastrous infantry charges in the history of warfare. Will they survive? Will they ever get back to the 21st century, or will they forever be reenactors banished to their beloved past? 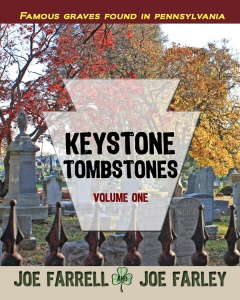 About Keystone Tombstones Volume One:

Famous Graves Found in Pennsylvania Joe Farrell and Joe Farley explore the cemeteries (and pubs) of Pennsylvania in search of interesting graves and stories about the interred. Included in this volume:

… and some very Unusual Tombstones

Following are the top overall print sellers by category: