MECHANICSBURG, Pa. — Sunbury Press has released the bestsellers list for May. James Campbell’s aid to pastors handling the elderly, What Do You Say? earned the top spot. Winter of the Metal People by Dennis Herrick was second. 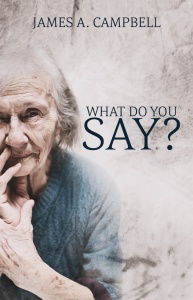 James Campbell’s “What Do You Say?” returned to print for the first time in 25 years and took the top spot thanks to author activities. “Winter of the Metal People” by Dennis Herrick climbed to #2 due to a large order from a school district in New Mexico. M A Richards’ spy thriller “A Choice of Enemies” held at #3 due to the author’s tour of bookstores in the northeast. Admiral McCauley’s international thriller “Israel Under Siege” notched up to #4 thanks to bookstore orders. “The Oxygen Factory,” the YA dystopian novel from Renee des Lauriers returned to the rankings at #5 due to author activities. Alan Mindell’s “The B Team” took #6 and “The Closer” #20 thanks to author appearances in southern California. James Craig Atchison’s “Blue Lines Up In Arms” returned to the rankings at #7 as the author appeared at Pennsylvania bookstores. Mike Campbell’s “Amelia Earhart: The Truth at Last” continues to sell well at #8 as readers acquire this second edition. Bridget Smith’s historical fiction “Where Elephants Fought,” about a Confederate general, clocked in at #9 as the author continued her speaking rounds. Steve Troutman grabbed #10 with “The Penns’ Manor of Spread Eagle and the Grist Mills of the Mahantongo Valley.” Steve continues to make appearances upstate. Joe Fair’s Viet Nam memoir “Call Sign Dracula” continues to sell well among the veterans, ranking #11. R Michael Philips’ “Between Good and Evil” inched up to #12 as he continues to make author appearances in the Philadelphia area. Bob Walton’s “The Mask of Minos” debuted at #13 thanks to author activities. Wade Fowler’s “Rising Sun Descending” charted at #14 in advance of Jubilee Day in Mechanicsburg. Anthony Julian’s “Pit Bulls” returned to the chart at #15 as interest in the breed continues to be strong. “Keystone Tombstones Civil War” by Joe Farrell, Joe Farley, and Lawrence Knorr slotted in at #16 thanks to author activities. Haley Dean’s “Kepp It Blue” charted at #17 in advance of Jubilee Day. Catalina Petcov’s “Ionica” ranked #18 in advance of her author event in Lebanon, PA. Sheldon Munn’s “Freemasons at Gettysburg” held at #19 thanks to orders from gift shops in Gettysburg. Sharon Marchisello’s “Going Home” grabbed #21 in advance of Jubillee Day. “GXM731” by

Terry Ray benefitted from orders from MUFON, taking #22. Ernie Marshall’s “That Night at Surigao” moved up to #23 due to continued interest in the subject matter. Michael Hawley’s “The Ripper’s Haunts” slipped to #24 but continues to get interest from Ripper fans. Catherine Jordan took #25 and #29 with “Seeking Samiel” and its sequel “The Bookseller’s Secret.” Catherine made appearances in the Harrisburg area. Tory Gates continues to promote his book “A Moment in the Sun,” and ranked #26. Joe Carvalko’s “Death by Internet” slotted in at #27 due to author activities. Matt Anderson’s “Pink Flamingos All Around” returned to the chart at #28. Keith Rommel’s promotinal activities pulled “The Devil Tree” onto the chart at #30.

The company released three new titles in May:

One thought on “James Campbell's "What Do You Say?" is the Sunbury Press bestseller for May”