Sunbury Press had its second-worst month of the year in November. Sales were down 27% from last November. “After the terror attacks in Paris on the 13th, there was a two-week lull in sales,” explained Sunbury Press CEO, Lawrence Knorr. Overall, sales are still up 72% compared to last year.

Barbara Blank’s biography “Mary Sachs” took the top spot thanks to events in Mary’s native Harrisburg. Steve Troutman took four spots in the top 30 with “The Penn’s Manor” (#2), “The Trevorton, Mahanoy, and Susquehanna Railroad” (#4), “Geology of the Mahanoy …” (#6), and Tulpehocken Trail Traces (#27). Steve has increased his speaking engagements. Lawrence Knorr’s “A Pennsylvania Mennonite and the California Gold Rush” moved up to 3rd due to orders from Gold Rush country. Knorr also took #25 with “There is Something About Rough and Ready” due to Troutman’s activities. J. M. West’s new mystery “Darkness at First Light” debuted at #5. It’s prequel, “Dying for Vengeance,” charted at #24. Ms. West has been making appearances in the Carlisle area. Joe Fair’s Vietnam memor, “Call Sign Dracula,” returned to the charts at #6 thanks to author activities. Alan Mindell took lucky #7 and #11 with his two novels — “The B Team” and “The Closer.” Alan continues to have success on the speaking circuit in the San Diego area. “Where Elephants Fought,” the historical Civil War novel by Mississippian Bridget Smith held at #8 due to author appearances. Tony Julian’s “Pit Bulls” was #9, as it was a popular Christmas gift at online stores. Marie Sontag grabbed 3 spots with her YA novels: “Rising Hope” (#12), “The Bronze Dagger” (#13), and “The Alabaster Jar (#15). Marie continues her tour of schools in the San Jose area. Ernie Marshall’s “That Night at Surigao” moved up to #14 thanks to steady interest among naval historians. William Lemanski nabbed two spots with his new historical detective thriller “Murder in Tuxedo Park” (#16), and his biography of Kermit Roosevelt “Lost in the Shadow of Fame” (#28). Lemanski has been making appearances in and about Tuxedo Park, NY. “Raising Monarchs” by Sue Fox McGovern held steady at #17 due to continued interest in the declining butterfly population. Kyle Alexander Romine’s “Keeper of the Crows” slipped from the top spot to #18, following the Halloween period. “The Sign of the Eagle” by Jess Steven Hughes climbed back to #19, as the author continued his tours of the Northwest. Ron Knorr and Clemmie Whatley’s history “The Segregated Georgia School for the Deaf” continued to chart at #20 due to interest in the subject matter. Mike Campbell’s “Amelia Earhart: The Truth at Last” continued its steady sales at #21. “The Descendants of Johann Peter Klinger and Catharina Steinbruch” by Max Klinger returned to the chart at #22 thanks to Steve Troutman’s activities. John Moore grabbed three spots with three of his eight “Frontier Pennsylvania Series” titles: “Bows, Bullets, and Bears” (#23), “Cannons, Cattle, and Campfires” (#29), and “Traders, Travelers, and Tomahawks” (#30). Chris Papst’s “Capital Murder” slide to #26, as interest in the Harrisburg mayoral scandal wanes in favor of the PA State Attorney General scandal.

The company released four new titles during the month of November.

SUNBURY, Pa. — Sunbury Press has released The Penns’ Manor of Spread Eagle and the Grist Mills of the Mahantongo Valley, Steve Troutman further expands upon the history of Pennsylvania’s bucolic Mahantongo Valley, delving into the story of the various mills in the area and the first African-American family to settle there.

About the author & illustrator:
Beth and Kathy, with their husbands Mel Lancione and Gary Haney, visited the Galapagos Islands in 2005 and saw, at very close range, all of the fascinating creatures that Sollie encounters in this book.

Beth said, “A fellow traveler once told me, ‘If you go only one place in your life, go to Galapagos.’ I agree. I’ve been to many other places, but Galapagos is my favorite. I definitely wanted to show Sollie, and all of our readers, the wonders of these special, unique islands.”

Kathy said, “The Galapagos Islands are home to some of the earth’s unique birds and animals. There are few places in the world where you can have an upclose and personal interaction with wild creatures.

The Blue-Footed Boobies captured our imaginations, along with the iguanas, tortoises, and many other birds. We want to share our love of Galapagos with you.”

Sunbury Press had its best January ever, up nearly 3x from last January, and 4.5% from December. It was the first time in 5 years that January sales topped December. Hardcover books grabbed the top 4 spots in the bestseller rankings, dominated by the Children’s category. Trade paperback sales were double hardcover sales, and remain the most popular format. EBooks have slipped to third, amounting to only 5% of all sales. Hardcover sales were over 6x the eBook sales. EBook sales were up over last month, however, by nearly 20% thanks to price increases implemented after Christmas.

The three children’s books were helped by the standing-room only Children’s Day event at the Sunbury Press Store — more successful than the 10th Anniversary Party with Keith Rommel, Brahm Gallagher, and Bang. Ten Percent of all sales from that day were donated to help the Lanciones following the death of Beth, the author of the Solomon Screech Owl series, and her husband Mel. As the Paint Dries, Carrie Wissler-Thomas’s history of the Art Association of Harrisburg, co-authored by Michael Barton, held at #4 due to demand at the Art Association. Karim El Koussa’s Jesus the Phoenician(#5) and The Phoenician Code (#19) took two spots on the list due to export orders to Lebanon. John Cressler’s due, Shadows in the Shining City and Emeralds of the Alhambra grabbed #6 and #15 due to author events. Steve Troutman’s Geology of the Mahanoy, Mahantongo and Lykens Valleysheld at #7 thanks to author activities. Troutman also charted at #17 with The Trevorton, Mahanoy, and Mahantongo Railroad and #18 with Tulpehocken Trail Traces. Joe Fair’s Vietnam memoir Call Sign Dracula climbed the rankings to #8 thanks to author appearances. Mike Campbell’s Amelia Earhart: The Truth at Last inched up to #9 due to continued national media attention for the search for the aviatrix’s plane. Beagle Tales 5 debuted at #10 thanks to Bob Ford’s following. Petrified, the YA novel by Canadian Tanya Reimer, returned to the chart at #11 thanks to sales north of the border. Tony Julian’s Pit Bulls, available in both trade paperback and hardcover, slipped to #12 following a strong Christmas showing. Sharon Marchisello’s Going Home grabbed lucky #13 thanks to sales in the Southland in advance of her events. Winter of the Metal People, by Dennis Herrick, moved up to #14 thanks to author activities. Jim Remsen’s Visions of Teaga slipped to #16. Guy Graybill’s Whimsy and Wry rounded out the list, thanks to author activities.

The company released five new titles during the month of January 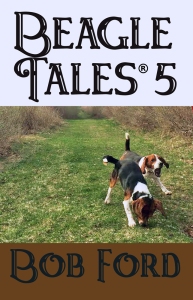