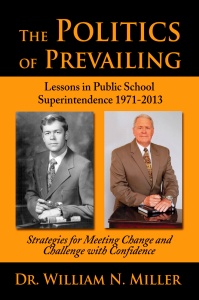 About The Author:
Dr. William N. Miller was selected Pennsylvania Association of School Administrators 2013 Superintendent of the Year. Previously, he received the Pennsylvania School Study Council’s 2012 William Caldwell Excellence in Administration and Supervision Award, was honored as the 2007 PARSS Rural Educator of the Year, and was lauded in 2006 with the University Council of Education Excellence (UCEE) Educational Leadership Award. He earned his B.S. from Shippensburg University and Masters and Doctorate of Educational Administration in 1969 at The Pennsylvania State University after completing doctoral course work at Harvard, The University of Chicago, and New York University. He has served as Adjunct-Professor at the graduate level at Penn State’s University Park campus and as Guest Lecturer at Saint Francis University. In addition, he has presented numerous statewide seminars on issues as diverse as educator sexual misconduct to the needs of gifted students.

What Others Are Saying:
“Dr. Miller, based on his extraordinary career serving 42-years as a school district superintendent in one school district, shares “better than fiction” stories he experienced throughout his distinguished career in which he persevered to transform the district into a high-performing, highly efficient model that other superintendents, boards and district leaders should learn from and replicate.” Jim Buckheit, Executive Director, Pennsylvania Association of School Administrators

“A compelling and interesting presentation of the high and low points of one man’s lengthy and crisis driven career in public education. A good read.” Joseph F. Bard, Executive Director, Pennsylvania Association of Rural and Small Schools

“There is no greater supporter of equal opportunity for ALL children in the Commonwealth of Pennsylvania than Bill Miller.” Arnold Hillman, Pennsylvania Association of Rural and Small Schools

“This is a personal, hard-hitting reflection on the vast array of experiences encountered by Dr. Miller during his more than 40 years in the Tyrone Area School System. Dr. Miller takes the reader through the exhaustive and sometimes contentious situations that he faced with all phases of the educational system-school boards, politicians the general public, parents, students, teachers and the teacher’s union, A must read for all who are interested in becoming a public school superintendent!” Frank Rosenhoover, retired PSEA UniServ Rep

“The Politics of Prevailing presents an illuminating and real-world review of the many challenges faced by school administrators, as well the challenges confronting our education system generally. Dr. Miller provides a unique perspective, through his and his father’s many years of service to the Tyrone Area School District and the obstacles they faced during their tenure, and he offers insights into effective leadership that make a fascinating read not only for school administrators, but for all of us who care about the issues that arise in our schools and how those issues should be addressed,” Michael J, Betts, Betts Law Office LLC, Pittsburgh, PA

“An insightful look into the world of a long-term successful superintendent, Dr. Miller doesn’t pull any punches when relating encounters with difficult individuals and the problems they’ve created for schools, and he’s very forthcoming describing the principles and strategies he has employed to overcome them. A refreshing and enlightening account for experienced and aspiring superintendents alike.” Dr. William T. Hartman, Professor of Education, Pennsylvania State University

“This writing is a concise account of the long tenure of an effective and respected superintendent. It is not an account of research-driven higher education, but rather it opens the door to a talented human being working in that often overwhelming role of public school leader. The author, Dr. William Miller, is that long-tenured and often-tested superintendent. This writing can guide new and veteran school leaders to patience and to a better practice of complex school leadership,” Dr. Lawrence Weiss, Executive Director , Pennsylvania School Study Council, Pennsylvania State University

“The Politics of Prevailing is an insightful reflection of a very successful, but challenging superintendence. Dr. William Miller “prevailed” throughout a forty-two year tenure by recognizing early on that public education in our democracy is a political endeavor. Developing political savvy as he navigated through a myriad of challenges he held tenaciously to his core values and his focus on what was most important to the children he served. His writing style is very much that of narrative story-telling, as he shares the episodes of many years as a successful superintendent and encapsulates them in a series of lessons learned.” Dr. Brian M. Small, Executive Director Shippensburg University School Study Council

Included in this volume:
Eat Humble Pie
Ditch the Desk
Read the Motive
Protect the Kids
Know Your ABC’s: Athletics, Band, and Chorus
Beware of Religion and Politics
Value Free Expression
“Kill” a Lawyer and Other Ways to Save a Buck
Pester the Politicians
Negotiate Wisely
Massage the Politics of Transition

Sales for the 3rd quarter just ended were nearly double sales in Q3 of 2014. EBooks were down about 10% over the same quarterly period. Hardcover sales are up 10x from Q3 2014. Year-to-date, sales are up over 92% from 2014. Comparing Septembers, sales were nearly 1.5x higher, year-over-year. The company is expecting its best 4th quarter ever.

Dr. William Miller’s “The Politics of Prevailing” rocketed to the top thanks to advance sales. Darla Henry’s “The 3-5-7 Model” placed due to orders for conferences in Canada. “The Heatstroke Line,” Dr. Edward Rubin’s first novel is pioneering in the “Cli-Fi” category, burning up to #3 due to author activities. Chris Papst’s “Capital Murder” held at #4 as the author appeared on numerous radio programs nationwide. Bridget Smith’s historical novel “Where Elephants Fought” stuck at #5 thanks to author appearances in Mississippi. “Call Sign Dracula,” the Vietnam memoir by Joe Fair, moved up again to #6 thanks to author appearances at veterans events. Marie Sontag’s new historical YA novel, “The Alabaster Jar,” debuted at #7 due to author appearances at schools. It’s prequel, “The Bronze Dagger,” also charted at #22. “The Segregated Georgia School for he Deaf,” by professors Ron Knorr and Clemmie Whatley of Mercer University, slid to #8, but continues to sell steadily. “The Penns’ Manor of Spread Eagle and the Grist Mills of the Upper Mahantongo Valley” by Steve Troutman ground to #9 thanks to advance orders. Jess Steven Hughes’ three novels: “The Sign of the Eagle” (#10), “The Wolf of Britannia Part II (#14), and “The Wolf of Britannia Part I” (#15) marched onto three spots on the chart in tandem with author appearances in Washington and Oregon. Shelly Frome’s recently-released “Murder Run” vaulted to #11 prior to author appearances in North Carolina. “Raising Monarchs,” Sue Fox McGovern’s instructions on saving these disappearing butterlies, flitted to #12 due to sales to bookstores. Sherry 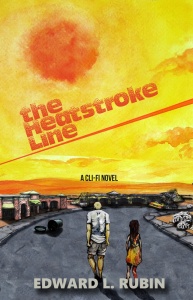 Knowlton’s “Dead of Summer” (#13), and “Dead of Autumn” (#23) held two spots thanks to author appearances. Alan Mindell’s sports novels The B Team (#16) and The Closer (#25) perservered thanks to continued interest in the author’s new website and blog and his appearance schedule. Dennis Herrick was another author with two books on the chart: “A Brother’s Cold Case” #17 and “Winter of the Metal People” next in line at #18. Dennis continues his appearance schedule in New Mexico. Ken Mercurio’s “Head Over Wheels” flipped back onto the chart at #19. Ernie Marshall’s account of the last conflict between battleships, That Night at Surigao, was #20, thanks to author activity. Bob Ford nabbed two spots with his hilarious “Beagle Tales 5” at #21, and “Beagle Tales 4” at #24. J M West also doubled with “Courting Doubt and Darkness” at #26, and “Dying for Vengeance” at #27. “Jesus the Phoenician,” Kareem El Koussa’s controversial history of the Son of God, held on the list at #28 as his US tour ebbed. Two mainstays, Mike Campbell’s “Amelia Earhart: The Truth at Last, ” and Anthony Julian’s “Pit Bulls” continued their streaks on the chart at #29 and #30 respectively.

The company released eight new titles during the month of September.